Could this infinitely variable compression mechanism be the next piston engine game-changer?

Whether its for economic incentives or reaching environmental goals, automotive and aerospace engine makers are continually chasing fractions of fuel-saving and efficiency percentages. With technologies like spark-controlled compression ignition for consumer automobiles or geared turbofans for long-range, wide-body airliners, large original equipment manufacturers (OEMs) often focus on optimizing or streamlining existing designs. However, some of the most novel engine developments in history are attributed to single individuals.

Mark Sokalski runs Sowda Engines and Compressors, a small start-up based out of Carnegie, Pennsylvania that has developed a unique internal combustion mechanism that provides an infinitely variable compression ratio for both two-stroke (two-cycle) and four-stroke (four-cycle) reciprocating piston-driven engines. The mechanism uses a mirror-image planetary-gear assembly, a gear-pin assembly, and a piston-and-connecting rod assembly to alter a piston’s top dead center position, thus changing the overall compression ratio of the engine.

Footage of the Sowda mechanism in operation can be seen on the Sowda Engines and Compressors website. 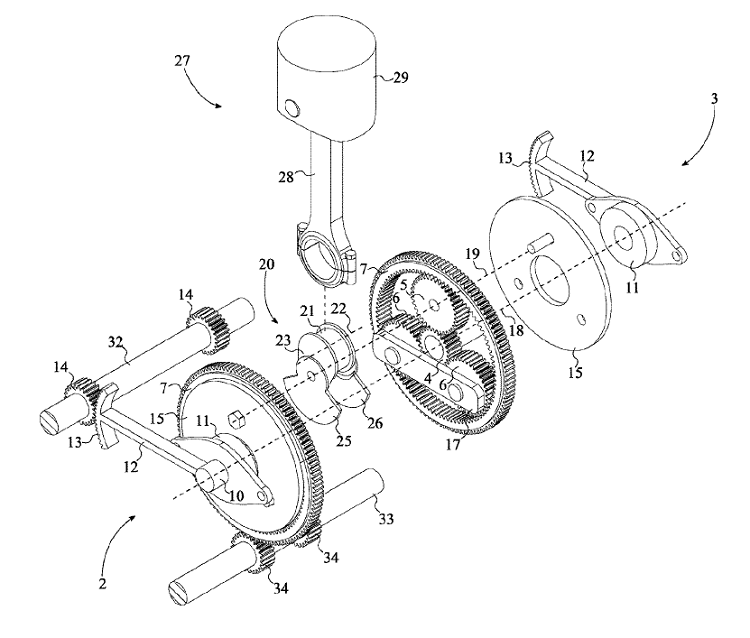 Sokalski recalls the moment at which he started thinking of his current prototype in a college thermodynamics class in 1973, “After the compression-ignition stroke, why was it that power stroke of the piston can only travel back to the point of initial compression and not travel farther to extract the pressure-volume energy still remaining in the cylinder?”

Nearly all reciprocating piston-driven engines have a fixed compression ratio. Increasing an engine’s compression ratio during engine design can improve efficiency, but top-end operation can result in engine knock, or detonation. The prototype mechanism at the Sowda workshop – a 45-year-long effort for Sokalski – uses a controller to slightly rotate the sun gears of the mirrored planetary-gear assemblies to change the compression ratio. 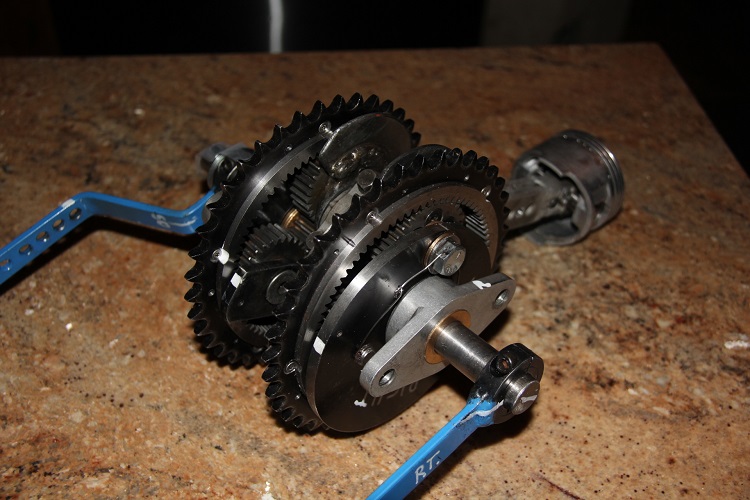 Once the sun gear rotation is mechanically linked to a servo motor, numerous inputs such as throttle body position, engine vacuum, and fuel type can automatically adjust the top dead center height of the piston to maintain or maximize a constant pressure ignition (CPI) for peak power, low fuel consumption, and dramatically reduced emissions. (Image source: Sowda Engines and Compressors)


The working prototype, which was installed in a standard 212 cubic centimeter, four-stroke, overhead valve gasoline engine, can nearly instantaneously change the compression ratio from 7:1 up to 39:1. The prototype Sowda mechanism installed demonstration engine operates off the intake manifold vacuum, which allows the engine to automatically self-adjust the compression ratio.

“If you search for VC, everybody’s looking into it, but nobody has an IVC – and that’s what I call this: an ‘infinity variable compression’ engine,” says Sokalski.

“It’s IVC with Atkinson. Atkinson is the dual stroke that he came up with that in 1888. He had levers coming out and everything else to create the variable compression mechanically, but people could never build a high-speed engine like that. Until now,” states Sokalski. 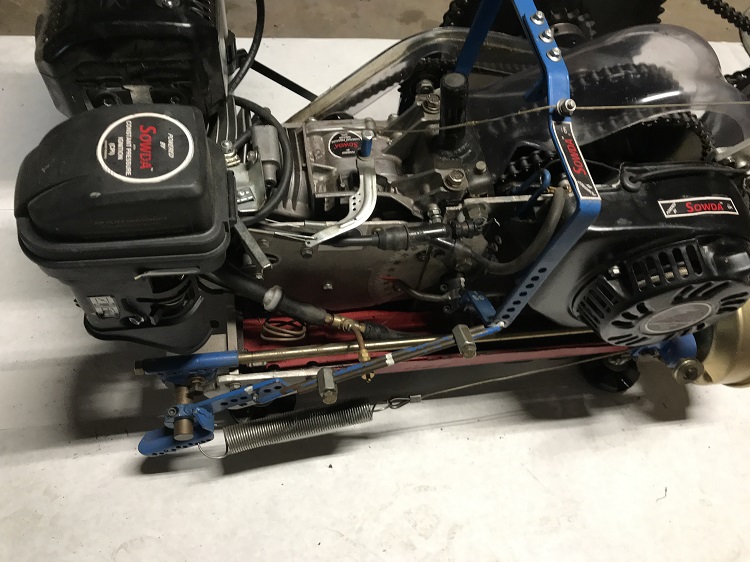 Sowda mechanism applications could be found in both automotive and aerospace domains – basically, anywhere an internal combustion engine is utilized, from a hybrid-electric aerospace propulsion system to a gasoline lawnmower. The mechanism can also be easily integrated into existing internal combustion engine designs at a reasonable expense and is modular, so multiple pistons could be stacked.

According to Sokalski, the distinct advantages of employing the Sowda mechanism include up to 50 percent overall engine efficiency, less pollution primarily at lower power, and multi-fuel capability including natural gas, propane, gasoline, alcohol, diesel, jet fuel, or any blend thereof.

“With today’s direct injection technology, you still have room for a spark plug at the top of the combustion chamber,” says Sokalski, regarding consumer vehicles. “Let’s just say you pulled into a gas station and you don’t like the price of gas, well, you could fill up on diesel and raise the compression ratio to match and it will run as a diesel engine”

Specifically, in aerospace, a Sowda-enabled engine, with a 7:1 up to 39:1 variable compression ratio and true Atkinson piston strokes would be well suited for operation at very high altitudes – think long-endurance unmanned aerial systems (UASs) or drones. And since the output shaft is not directly connected to a crankshaft, the rotational output speed of a propeller can be much higher than engine speed.

Furthermore, engines equipped with the Sowda mechanism can achieve high efficiencies without a turbocharger or supercharger, but would still take well to forced-induction.

The Sowda mechanism, with no existing comparable design, was approved for a patent within mere 10 months. The “Sowda” moniker refers to the combination of the last names of Sokalski, [Nikolaus August] Otto, [Felix] Wankel, [Rudolf] Diesel, and [James] Atkinson, as aspects of each prominent engine inventor’s design is incorporated into the Sowda mechanism.

Sokalski, through Sowda, is currently offering patent use and licensing rights of the mechanism design with the hope that manufacturers will improve upon the design to the point where every new internal combustion engine in the world contains the Sowda mechanism.